Firstly, as designed with the selectable buttons, people can easily choose the jamming frequency bands according to the real situation. Beside as owning 5 antennas so that this handheld selectable 3G 4G cell phone blocker can also cut off the 2G 3G 4G mobile phone signals with up to 15 meters jamming distance according to the signal strength. Besides, the handheld style and can be powered by battery design also enables this portable 2G 3G 4G cellphone blocker easily to be take along with the owners.

4. Rechargeable battery ,with car charger and AC charger
5. Five channels with different frequency range,
Or customize other cellular standard in the world.
Such as GPRS, iDEN, GPS, UMTS, WiFi, AWS, 4G.
6. Multiple bands, separate switch for each band without influencing the other bands operation. 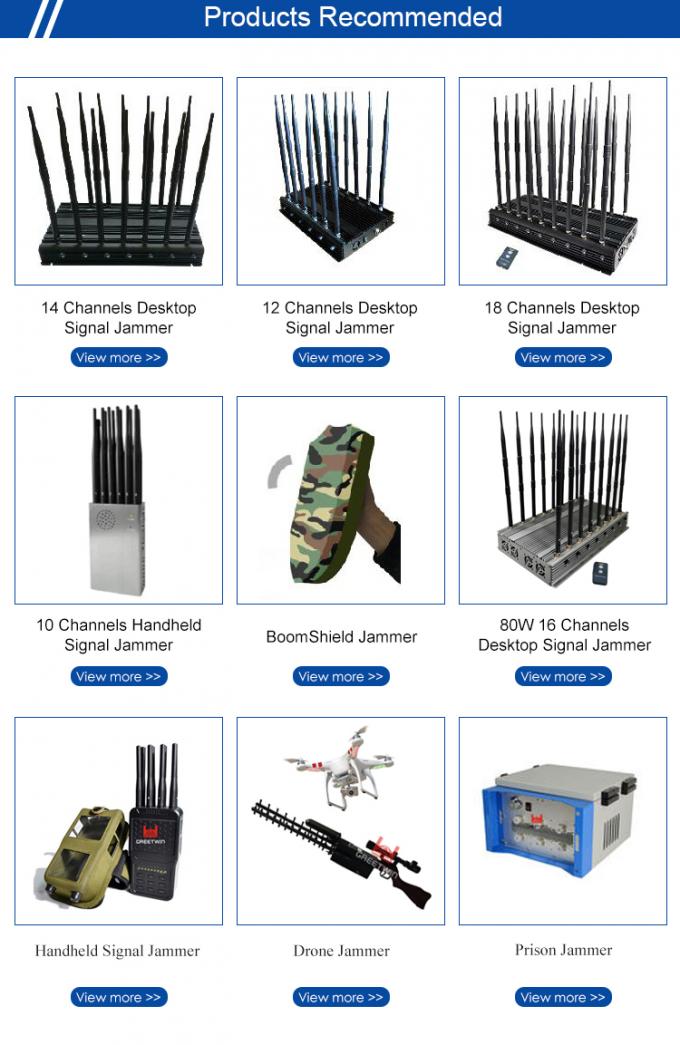